This 82 year-old female was having significant difficulty with seeing objects overhead. In addition, she felt that the appearance of her upper eyelids (particularly her right side) made her look very sleepy. She suffered from a condition known as ptosis which occurs when the muscles that support the upper eyelid loosen over time. This creates a “window-shade” effect to the upper eyelid which can significantly impair vision. She underwent a tightening of these muscles (known as a ptosis repair or tarsolevator advancement) and an upper blepharoplasty. The postoperative result after 1 year shows significant improvement in the position of her eyelids as well as a more youthful appearance. 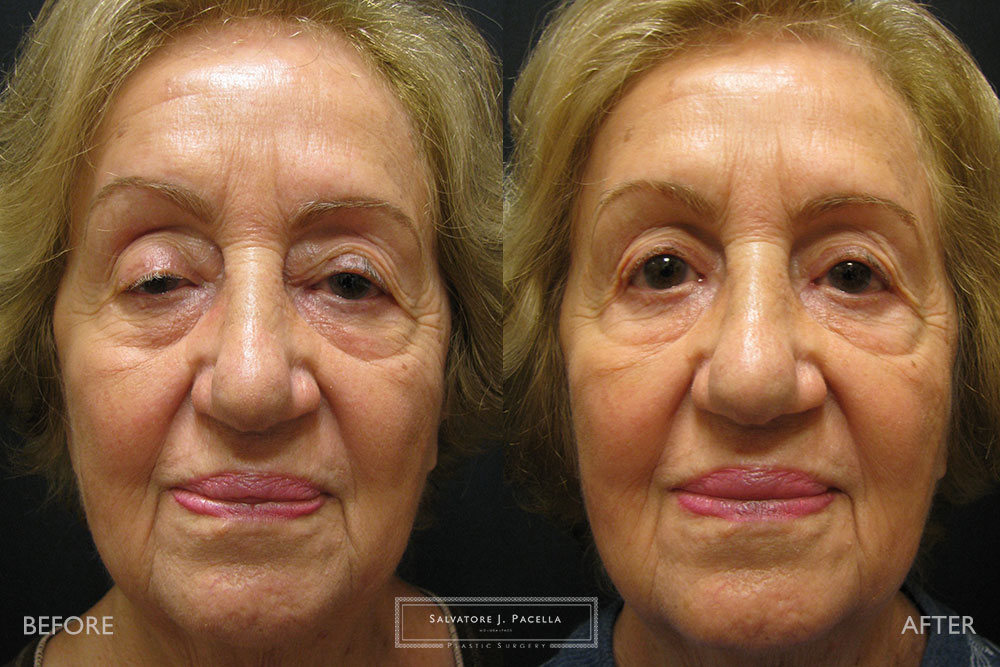 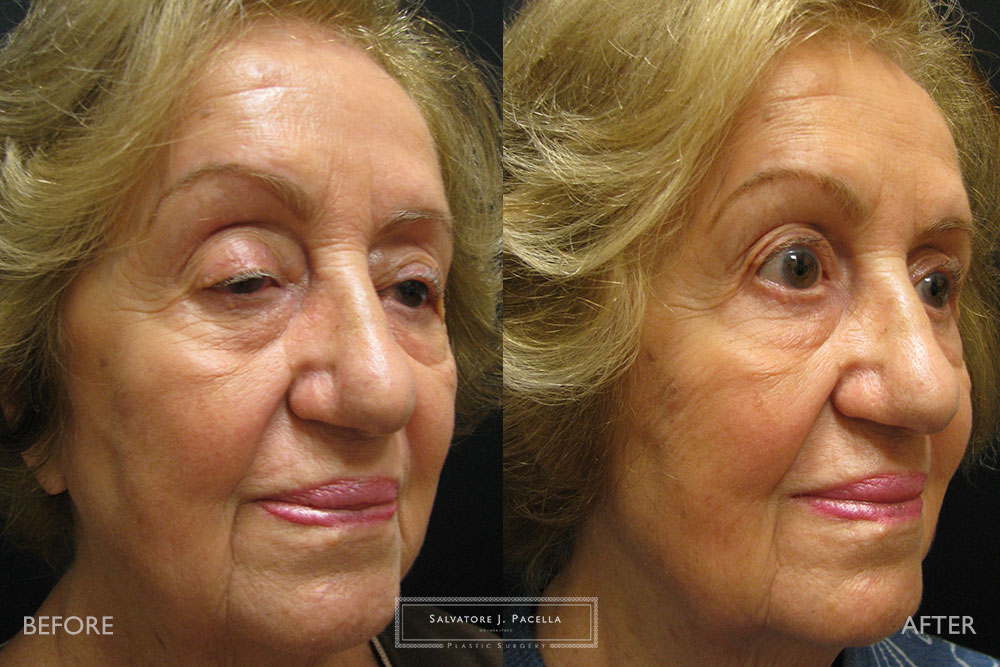 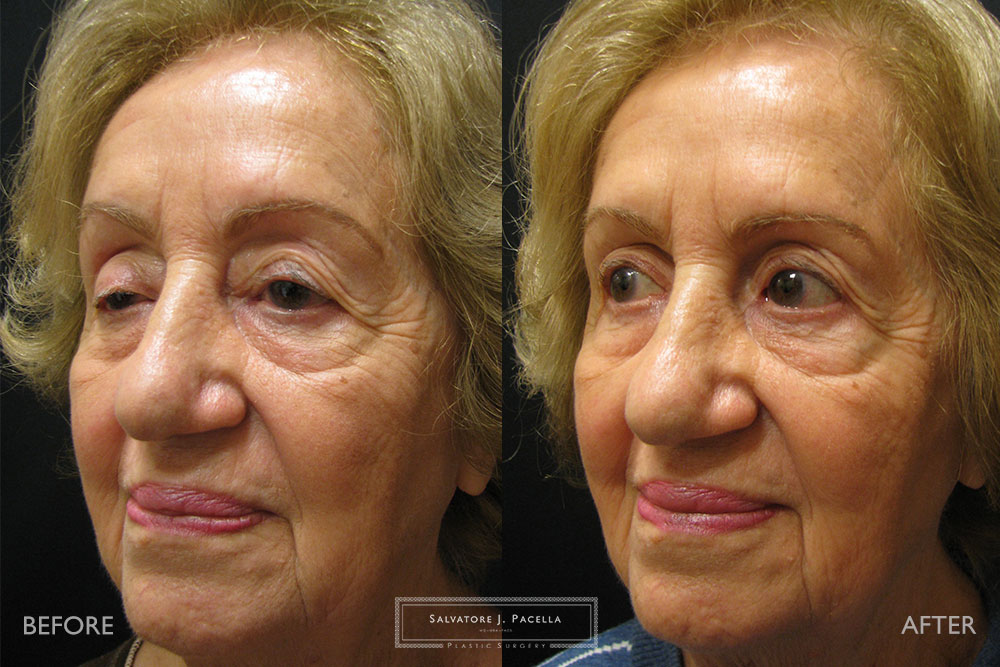 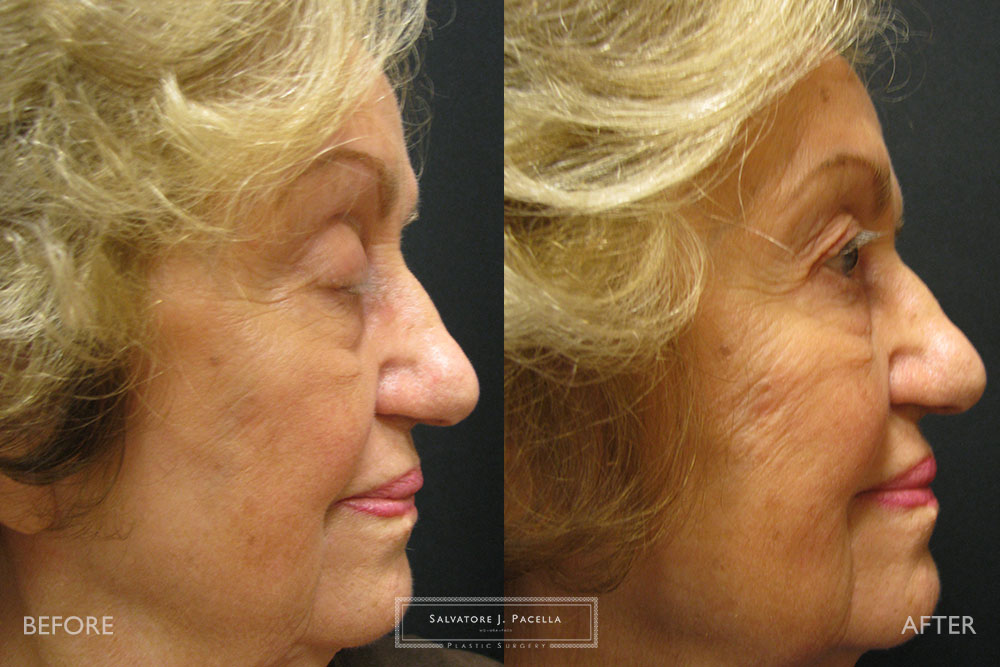 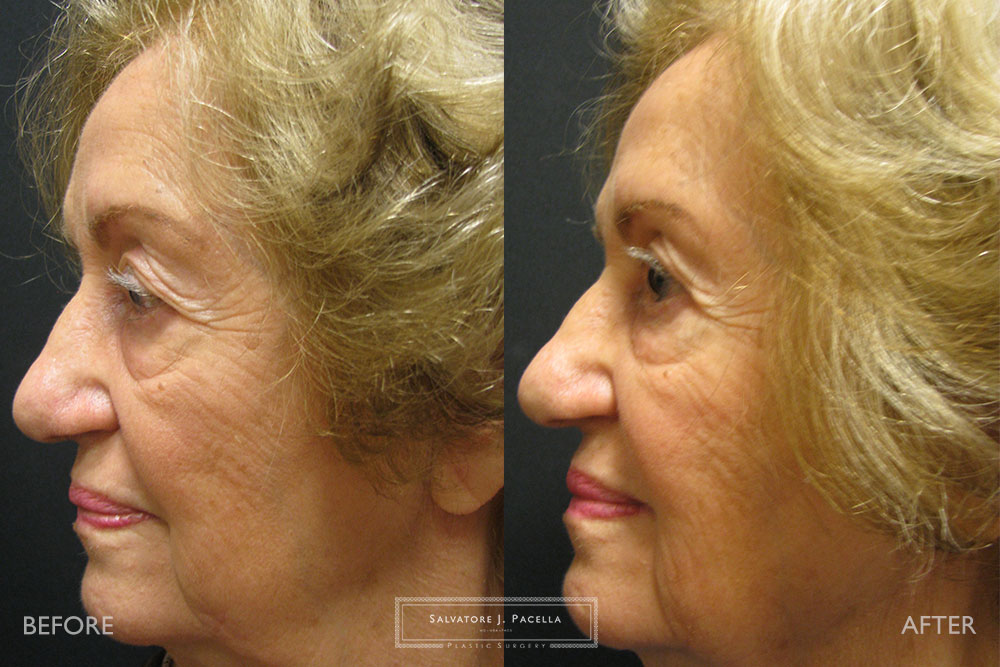