This 22 year-old female broke her nose several times playing field hockey. She found it very difficult to breathe through her nose, experiencing chronic stuffiness and nasal dripping. In addition, she did not like the appearance of her nose. Her before photos show a downturned tip as well as several bumps from the previous nasal trauma. Several procedures to improve her breathing were performed (septoplasty and inferior turbinectomy). In addition, a cosmetic rhinoplasty was performed to create a more fitting feminine shape to the nose and achieve facial balance. Her postoperative photo is shown at 1 year. 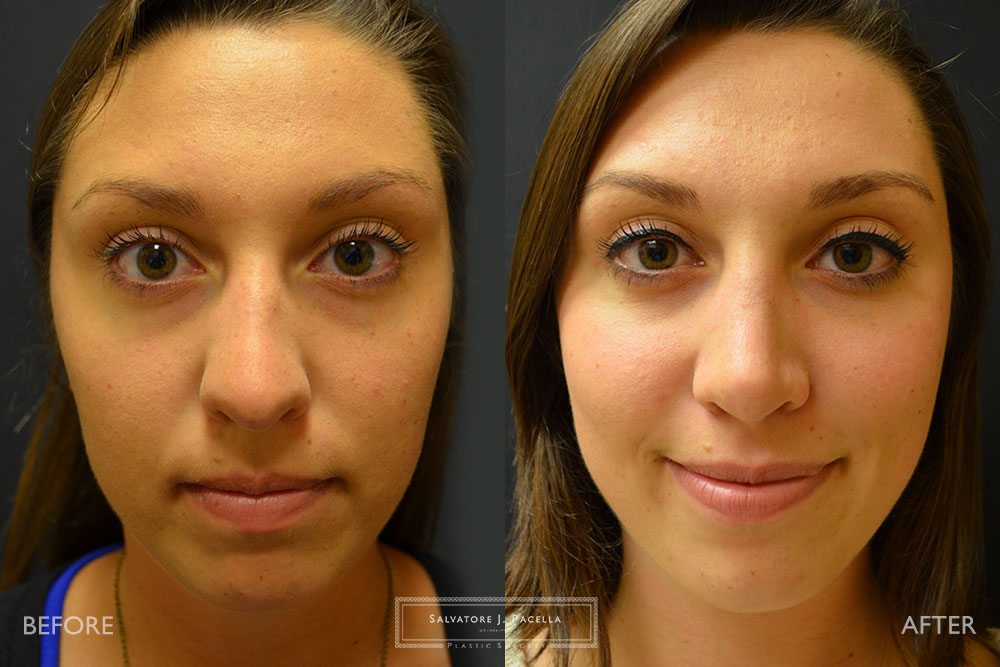 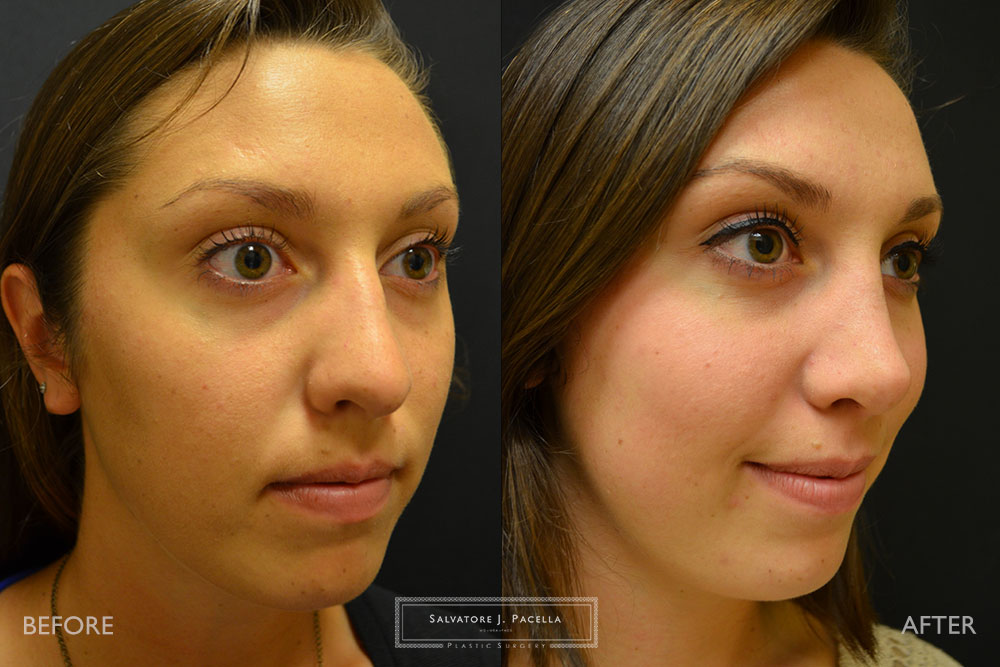 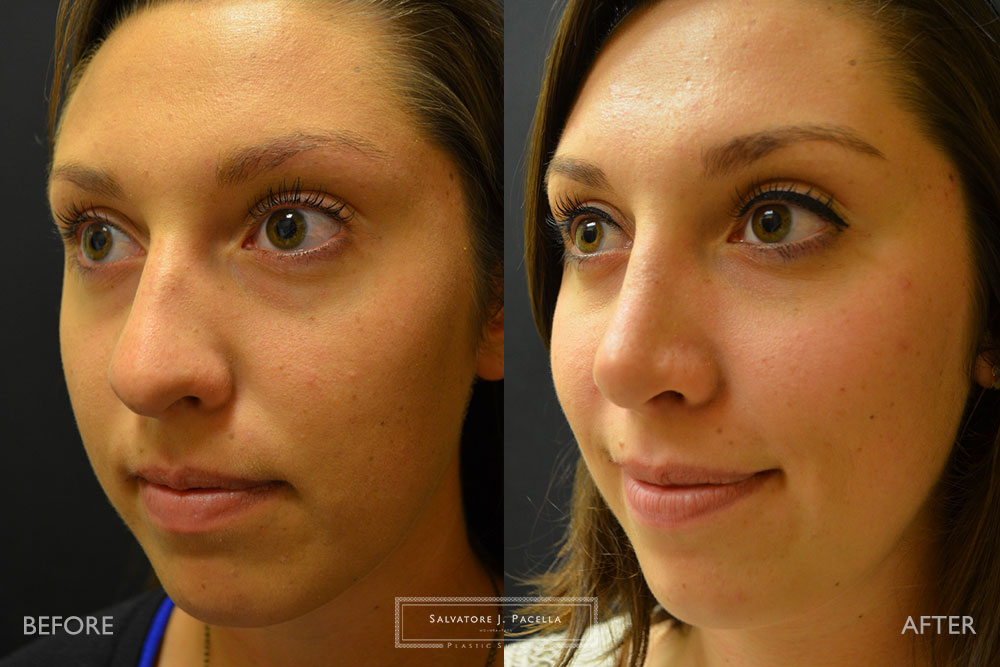 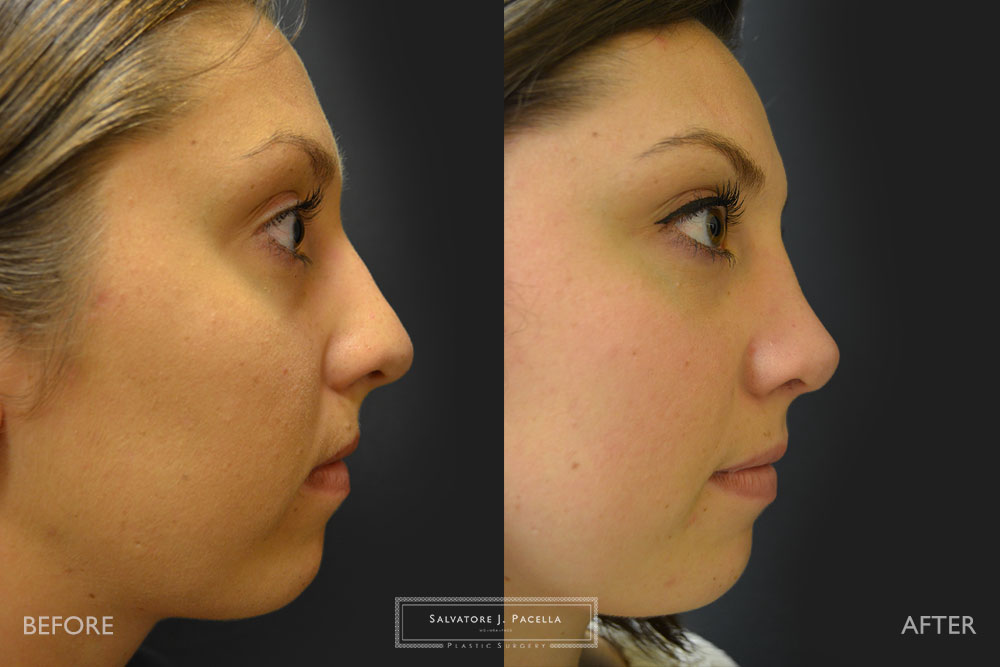 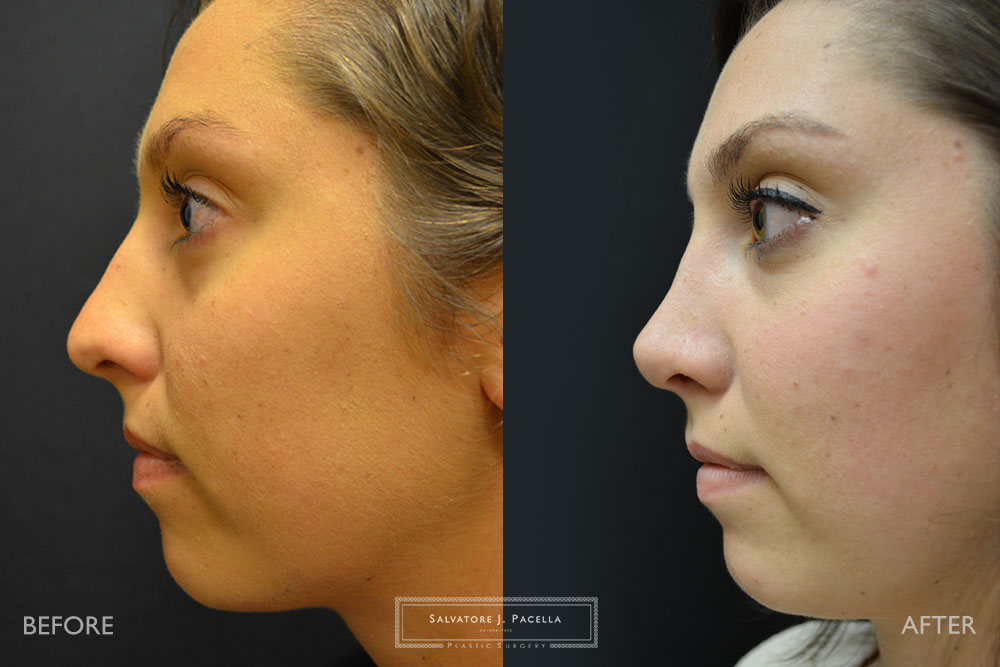 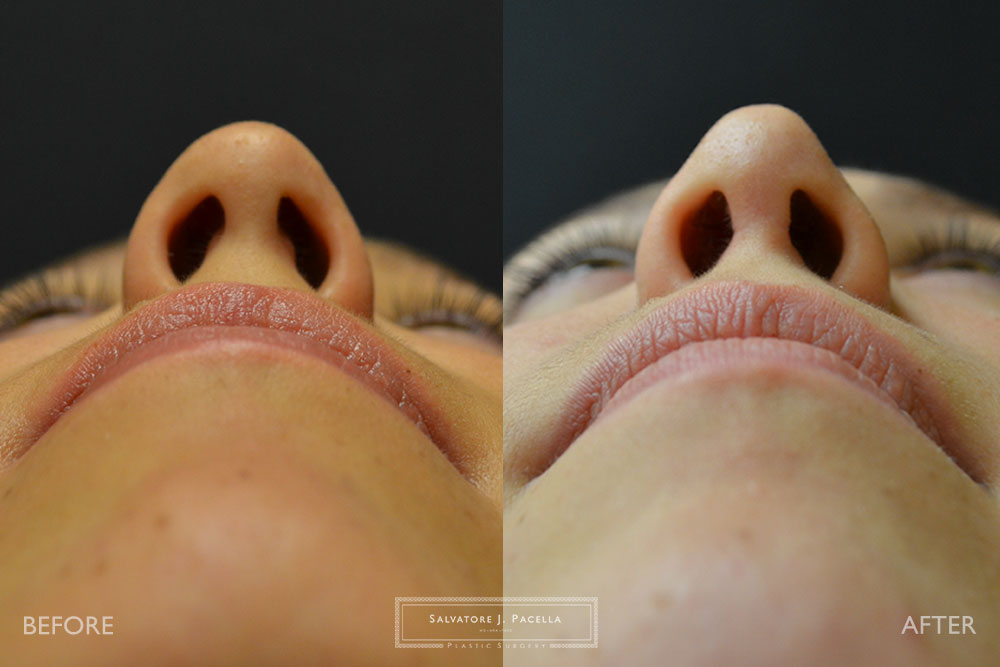