This 80 year-old female disliked the appearance of her brow, upper and lower eyelids. In addition, she had very heavy bags below her eyelid on her cheek (which are called malar bags). She avoided surgery for many years, having considered herself “too old for cosmetic surgery”. Her symptoms worsened and she decided on improving her appearance. An endoscopic browlift, upper and lower blepharoplasty were performed. During the lower blepharoplasty, an extended procedure was performed to remove her malar bags. In addition, she required some additional lid support with a procedure known as a canthoplasty. The result at 1 year shows a much more youthful and feminine appearing brow position, an improvement in the defined crease in the upper eyelid and less prominent eye bags. In addition, her malar bags have completely improved. 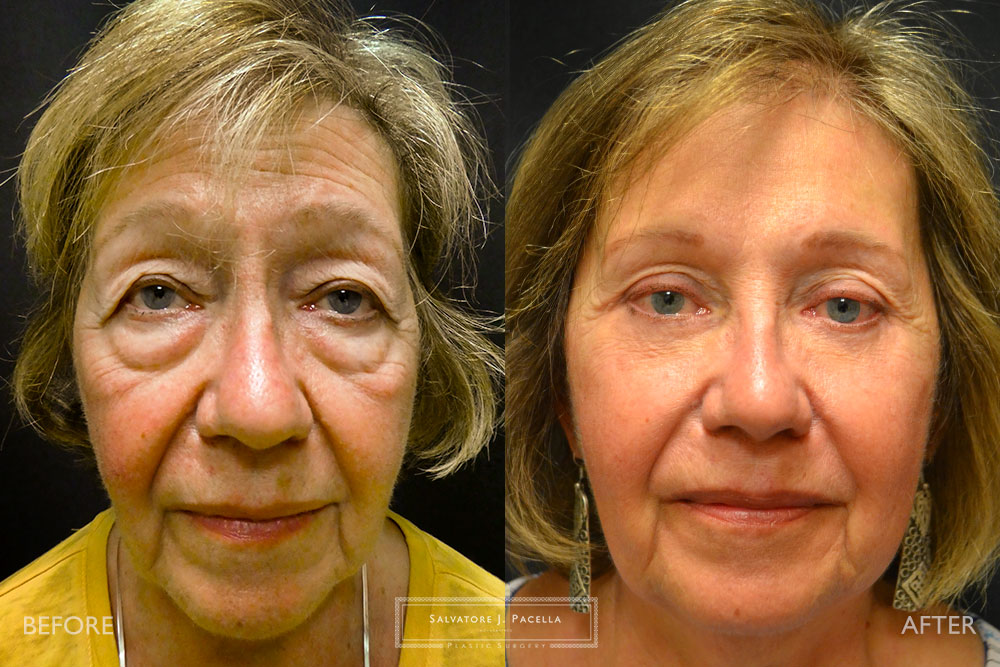 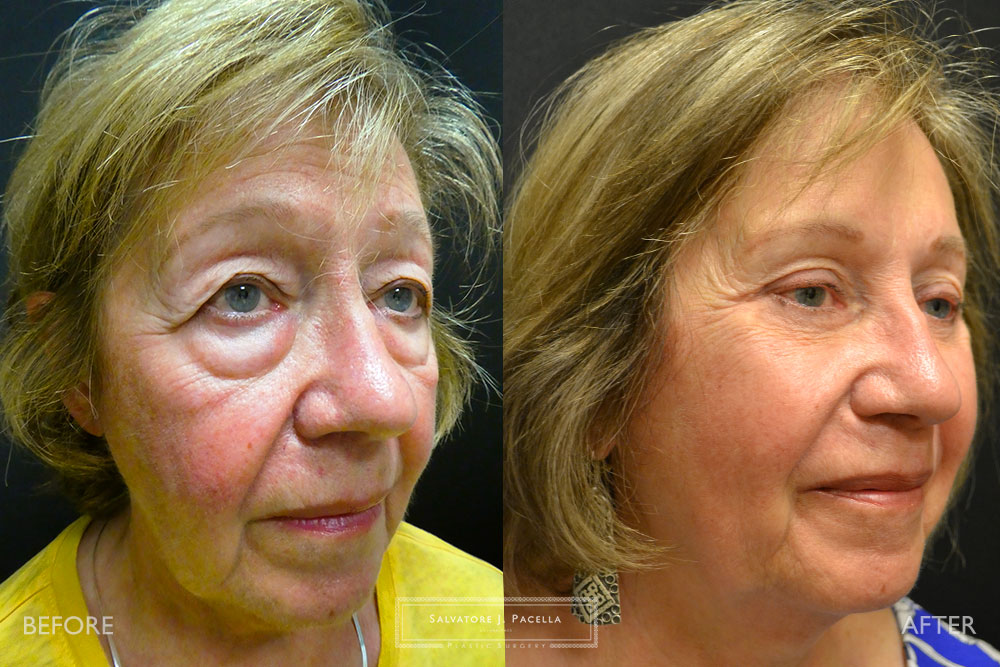 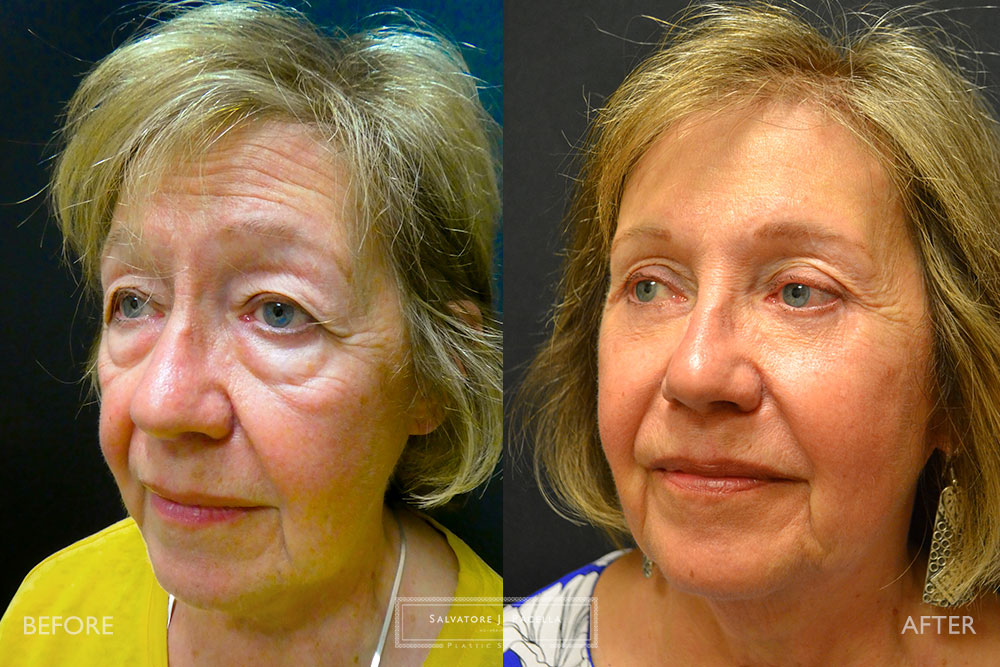 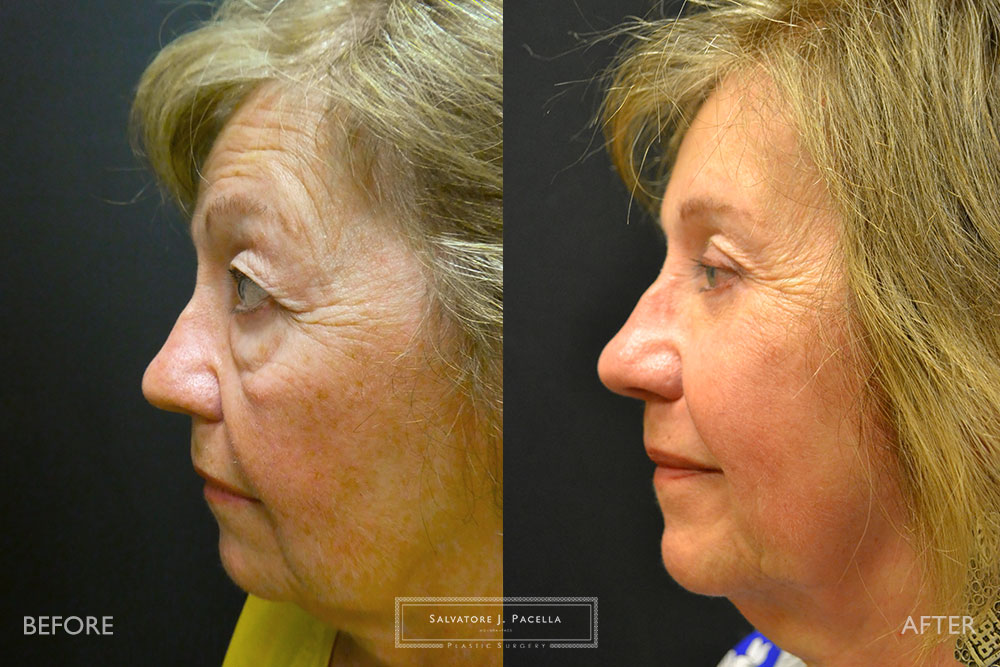